After taking a series of images, reading on-line reports and looking at other student’s work I set about completing this exercise.

I was asked to try to determine the dynamic range of my camera, a Nikon D3s.

Exposure as we all know is an important part of taking any image. It really is a compromise, we will have detail in some parts of the image but we may lose detail in other parts. The human eye has a greater dynamic range than a camera so the camera will try its best to capture the greatest dynamic range of an image it can.

With High Dynamic Range photography (HDR) it seems that we can have it all. We would need to take a series of images and blend them together.

People will think that HDR photography is a new method of taking images but as I found out it all started a long time ago and we have this man to thank for it, Jean-Baptiste Gustave Le Gray (August 30, 1820 – July 30, 1884). He has been described as one of the most important French photographers of his generation. He is credited with the idea of taking to images to capture the detail in an image.

An example of one of his images

Here are the images that I took in order to try to work out the dynamic range of my camera. As I was having a little trouble with this exercise I set up the shot as close to the example given in the course notes. 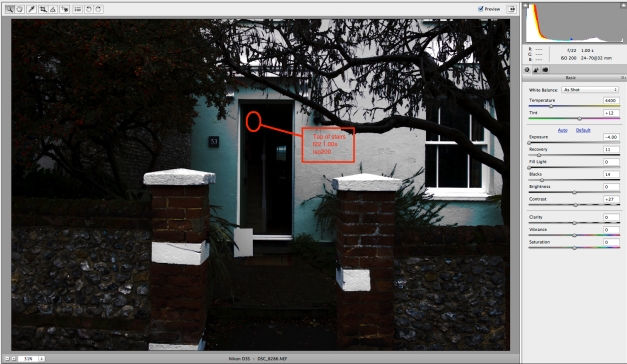 I was now asked to do the following, and this is where I had a great deal of difficulty.

“Now calculate the range between the two ends in f-stops. After two phone calls with my tutor I have decided that I present my finding like this. 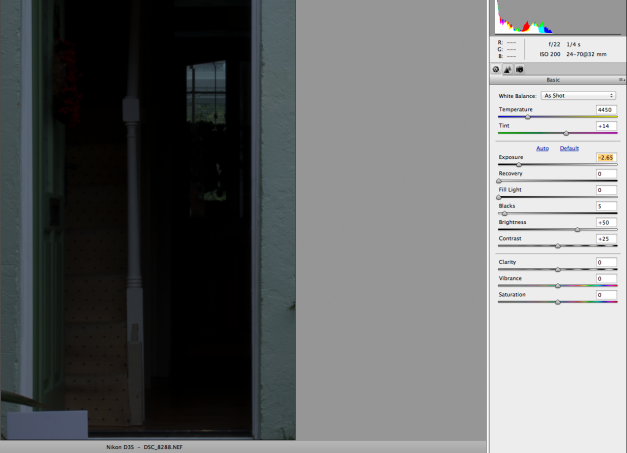 You can see that the exposure goes between -2.65 and +3.35 from my calculations this has given me a range of around 7 stops.

From my research this is lower that Nikon say for my camera, but I’m sure their tests are a lot more detailed.

This has been one of the hardest exercises that I have undertaken. I understand the theory but I could not get the results that I wanted. Further research on the OCA student blogs showed that

a few other students had the same problem.

Next topic – White balance and overall colour. Looking at the course work it looks like I am going to have a busy week.